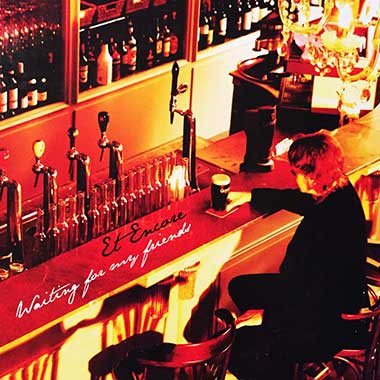 Waiting for my friends

We had a new bass player, very good one, Fre from Deerlijk and again the band was taken to a higher level. We played abroad and started touring.
As folk became less popular we were still proud as a band to resist and keep making music out of the ordinary.  We collected some songs and asked a famous traditional musician (Philip Masure) to take care op the production of this album. This must have come as a shock for him but the mix from a bunch of folkrockers guided by a traditional folk musician resulted in this album.
The pictures were taken in a bar in Kortrijk next to the police station where fanny is sitting at the bar waiting for her friends…