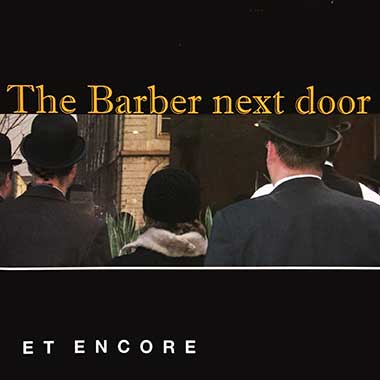 The Barber next door

The folkrock drive was  100% settled and we all went in the same direction ignoring all and everything.  Lots of new songs and lots of experiments resulted in this album.  We were just doing what we felt to do and not what we were suppose to do by other people.
Again recorded by our friend Peter in Wervik, this is an album we were proud of, we just did it by ourselves !  A bit rebel but this album set the tone for the future.
We did a fotoshoot in Gent were we all studied and one of the places we took a lot of pictures is called “Barbier”.  This was a barber who had a bar selling beer in the same place.  That is why we called this album: The barber next door ! cheers.