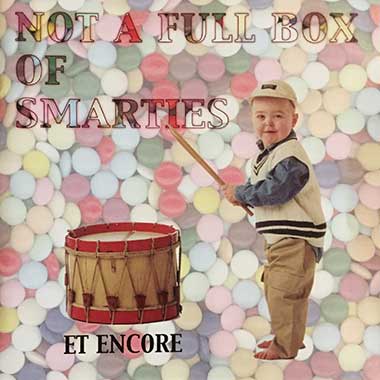 Not a full box of smarties

We decided in 1997 to move away from being the 13th folk cover band in a dozen towards a folk rock band.  We really were fans of the Oysterband, Levellers, Wolfstone, K-passa, Soldat Louis,…
So the traditionals became folkrock songs, the bodhran a drum and a bass player joined us.

We also started to create our own songs and started to take actively part of the folkrock scene.
There we became friends of Guido who played with Shave the Monkey.  He accepted the challenge of taking this inexperienced band in a studio and this is the result : Not a full box of smarties